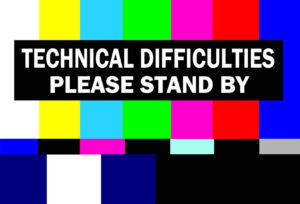 Today, the 8th of July, 2015, has been a tough one for technology. Three entities were hit with tech problems, which so far have been reported as “separate & unrelated”. Early Wednesday morning, United Airlines grounded flights Worldwide due to “a network connectivity issue”, which they later detailed as a router problem. According to the Federal Aviation Administration (FAA), the flights were grounded because of an outage in the check-in system. This also forced United to hand write tickets for passengers at multiple airports. The lack of a reservation system meant that the airline was not able to check to confirm that passengers were not on a no-fly list or that everyone on a flight was supposed to be there.

Then, the New York Stock Exchange’s trading was halted due to an internal “technical issue” (Trading resumed shortly after 3 p.m. EDT.), after being down for nearly four hours. Around the same time the NYSE was hit, www.wsj.com, the website of the Wall Street Journal went down. CNN reported, that over a dozen tech experts dismissed the likelihood of the three tech breakdowns being the result of a coordinated cyberattack. Lets not jump to any conclusions.These are HUGE corporations after all.

It’s important to state that in the history of the NYSE, there reportedly have only been even closures since the founding of its predecessor exchange in 1817 related to world-changing events, including the assassination of President Abraham Lincoln and the terrorist attacks on Sept. 11, 2001. The last time the stock giant shut down was June 1, 2005. Trading stopped four minutes before closing “due to a systems communications problem”.

See a pattern? Actually, not at all.. from what we’re being told, these problems aren’t similar. The only common denominator is that the three shut downs were caused due to technical issues. Being that we live in a world driven by computers and tech, it is a reminder of how much we rely on such technology everyday.

Do you think these tech shutdowns were related? Leave your comments below!