How Penguin is Affecting Your Rankings 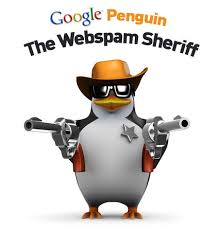 The real issue, however; is how this logic is affecting your rankings position? I have actually performed a number of experiments on old and new domains to see what is actually working. The results are pretty surprising.

Many people have complained bitterly about losing their ranking position, and you can imagine the ones who have lost their livelihood after Panda (spammy content) and Penguin (spammy backlinks.)

If you have a site that was doing very well with Adsense or some other affiliate deal, this has to be really annoying. But, the changes are making ranking for long tail keywords alot easier. And, if you do it right, these changes can be a game changer.

The Truth About Backlinking After Penguin

Backlinking after the Google Penguin updates has probably had more written about it than any previous update, except perhaps Panda.

But obviously the real issue is how the logic is affecting your ranking positions.

I have been trying a series of experiments on old and new domains to see what is actually working today, and you know what? it is pretty surprising.

And obviously, if you have a site that was doing very well with Adsense or some other affiliate deal, that has got to be really annoying.

But the changes are making ranking for long tail keywords a lot easier.

And I think the changes can be a game changer if you do it right.

Put on your thinking caps. This information will be your ah-ha moment. 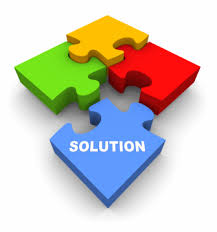 After Alta-Vista and earlier search engines, the only reason we all changed to Google was because firstly the results were far more relevant, and secondly they were returned far quicker than anything previously.

On a dial-up modem this was really important. Nowadays with broadband you would think it hardly matters, but the number of indexed URL’s was already past a trillion 4 years ago (according to Google’s Jesse Alpert), so speed matters still.

If you look for any long tail keyword, a keyword with very low traffic, and build a page for it, you will get it ranking very high, and it’s pretty easy.

Where it ranks and for how long, after Panda, depends on just two things, relevancy and bounce rate.
This holds true even more so after the algorithm updates. And it makes sense too.

When a search engine matches your page with a search query, it does a few things. It ranks it on what page and what position to show it. It checks its relevancy compared to all the other pages and it check what the visitor does should the page get clicked. This means if you have a title that matches or answers what someone is searching for (myth dispelled in a second), the visitor is more likely to click on the link. It has very little if anything to do with whether Google sees the Title as being relevant, and to look at it that way misses the point entirely.

This is the same for meta description. You can keyword stuff it and do what you please, but once again, it misses the point (another dispelled myth), it’s all about the visitor and NOT the search engine. Remember that.

It is a well known fact that search engines like Google don’t rely on the meta description. But people still believe that myth. But it’s the visitor that counts.

All we have to do is look at what the visitor does. If the information on the page is what the user wants, or solves the problem, they will stay and read it all. The bounce rate shoots down. Google sees that it has delivered something useful. That fact is recorded against the URL for that page.

If the user clicks away, that of course is recorded too. How helpful is that. Either result will determine where it gets displayed next time for the same keyword. Remember, we’re talking about long tail here, not hard to rank for keywords.

The click through rate (CTR) is also vital. If a page is at position #8, is shown 1,000 times and is clicked on 10 times, we have another vital metric. The title has nothing to do with what Google “thinks” about it. Once, again, is has to do with what the visitor thinks about it.

And that depends on what the searchers do when landing on the page. If they stay there longer for your page than the page above you, then again there is a good reason to move your page higher up the rankings. 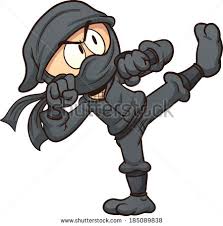 So that’s about it. But understanding the logic as explained above means that you really will allow you your “ah-ha” moment. Also, you can see why this is actually a very good thing for the web.

The playing field is being leveled again. You have just as much chance as anyone else provided you stick to ranking long tail keywords.